The Minister for Poetry Has Decreed 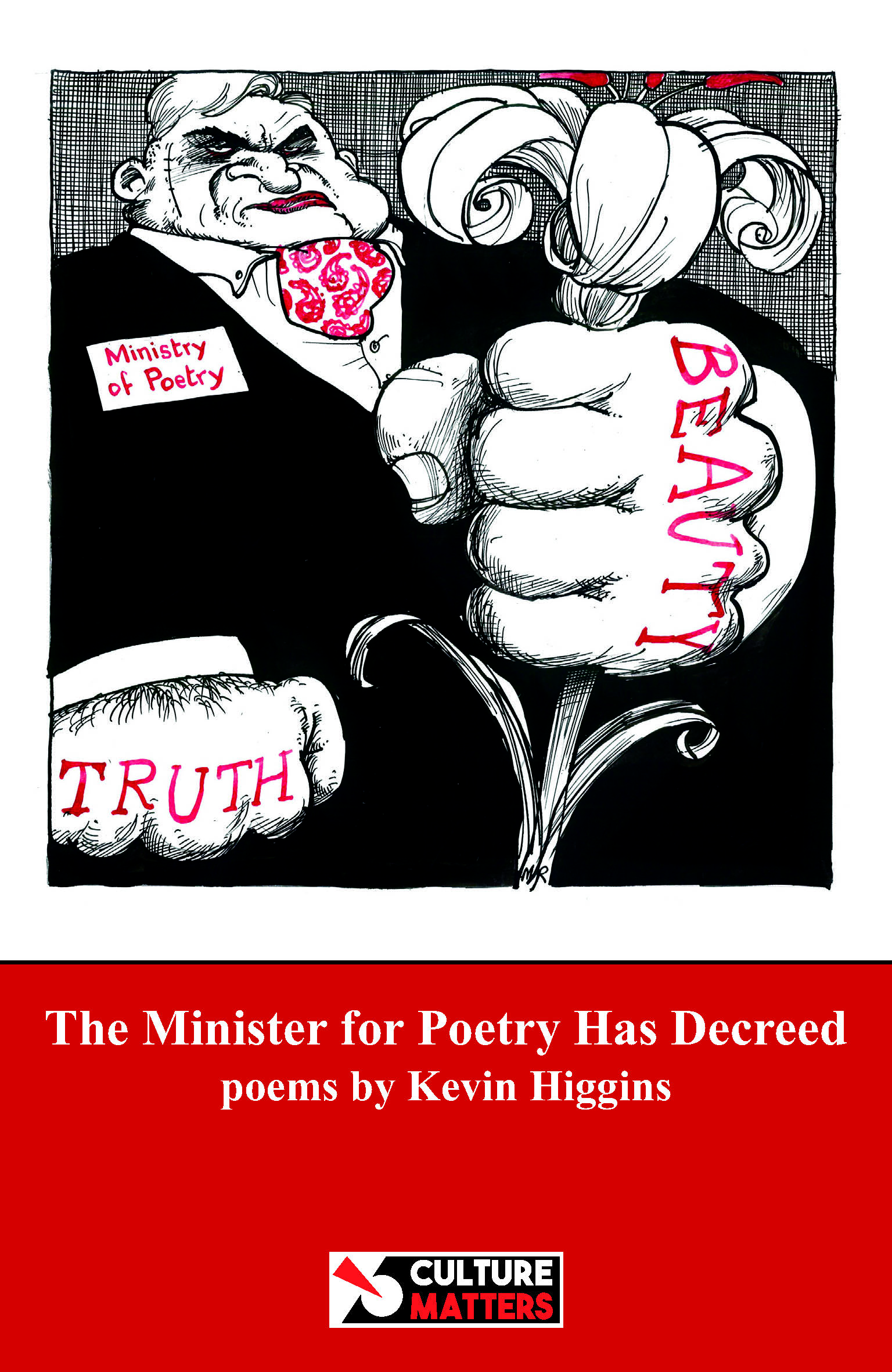 The Minister for Poetry Has Decreed is political poetry of the highest order, telling truth to power and poking fun at it at the same time, artistically deploying a profoundly moral sense of justice and truth to expose lies, evasions, greed and sheer stupidity.
Kevin Higgins, like Bertolt Brecht, has a gift for exposing the hypocrisies and deceits which are inevitably generated by a political culture which ignores, denies or seeks to legitimise the legalised robbery that passes for capitalist economic arrangements. And like Brecht he does it in a wickedly simple, accessible, entertaining style.

“I read this twice. Now, will make a coffee and read it again.”
- Gene Kerrigan, The Sunday Independent