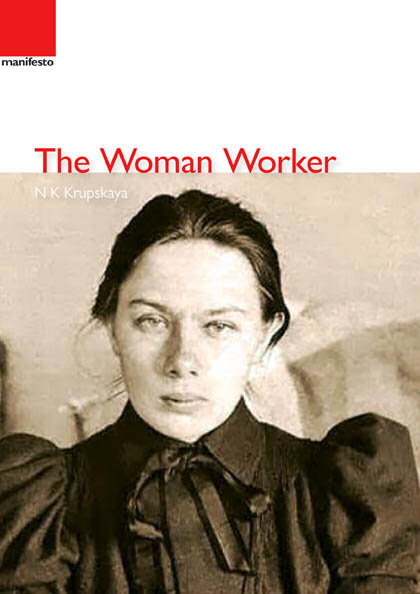 The Woman Worker was N K Krupskaya’s first pamphlet, written in exile in Siberia where she had joined Lenin, following their arrest in 1896 and sentencing to three years. Krupskaya wrote The Woman Worker in 1899 under the pseudonym ‘Sablina’. It was the first written work on the situation of women in Russia.

Originally published in 1901, the pamphlet was banned following the supression of the abortive 1905 revolution. Lenin and Krupskaya came to London in April 1902 where, in what is now the Marx Memorial Library, Lenin edited the Bolshevik illegal newspaper Iskra.